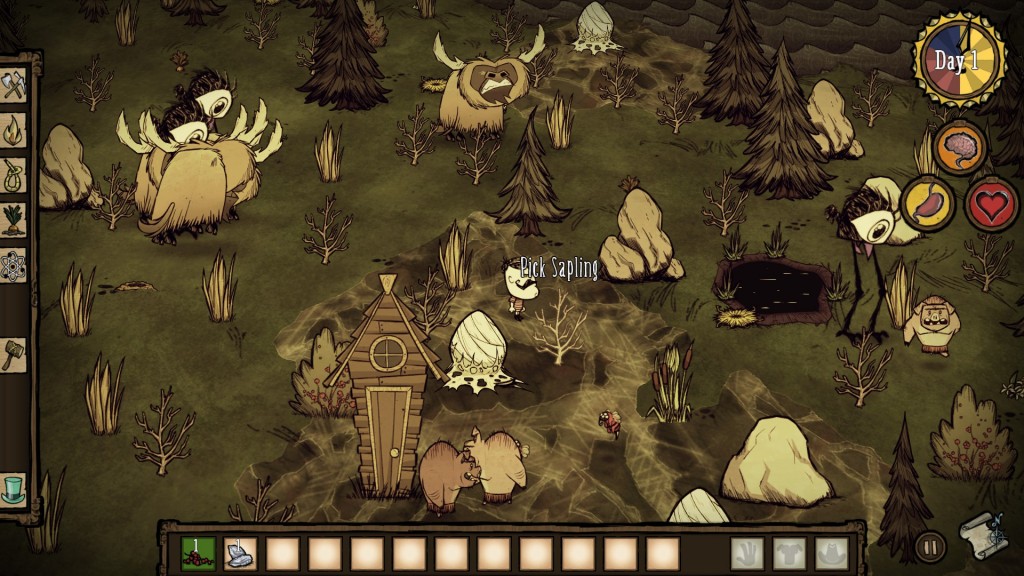 I had few approaches into Vagrant but every time I was recreating what somebody have done already which was quite frustrating because I couldn’t share what I have done and achieved. This time I came across with one problem that can be solved by using Vagrant and it’s a field where it wasn’t used before so it was also good time for me to do everything by my own.

First thing first, what is Vagrant and why I used it with Azure for Don’t Starve Together Server (aka DST). Vagrant is quite old tool, first time I’ve heard about this, it was at Paul’s session probably BuildStuff 2013. Basically this tool allows you to create configuration of your VM as a code, so it can be replicable on every VM provider or even at Cloud providers such as azure, aws. I chose vagrant and azure because I wanted to do easy and one command way to spin up don’t starve together server on cloud.

Vagrant-dontstarve, repository with complete tutorial how to get started, most difficult part is certification, yea a know…MS screwed it up totally…I hope so that one day it will be simplified.

Vagrantfile is a file where it keeps whole configuration about your : VM image, provider, provisioner, network and more. Here is a configuration for azure, additionally provisioning is global and can be applied to others providers.

In the other hand script.sh is a simple bash script that contain instruction for a provisioning step, at this step you are trying to get your machine to certain state, it can set up privileges for users, install applications, configure them. At fallowing piece of code it tries to add architecture, then install all requires libs for SteamCMD.

Right now it’s configured only for one provider – Azure, but in few next days I would like to cover VirtualBox and AWS. There one issue that cannot be automated yet, DST requires to open 10999 UDP port, which now unfortunately vagrant-azure doesn’t support, but I hope so that I will make PR soon, I do have to find some time and get ruby environment to work 😉